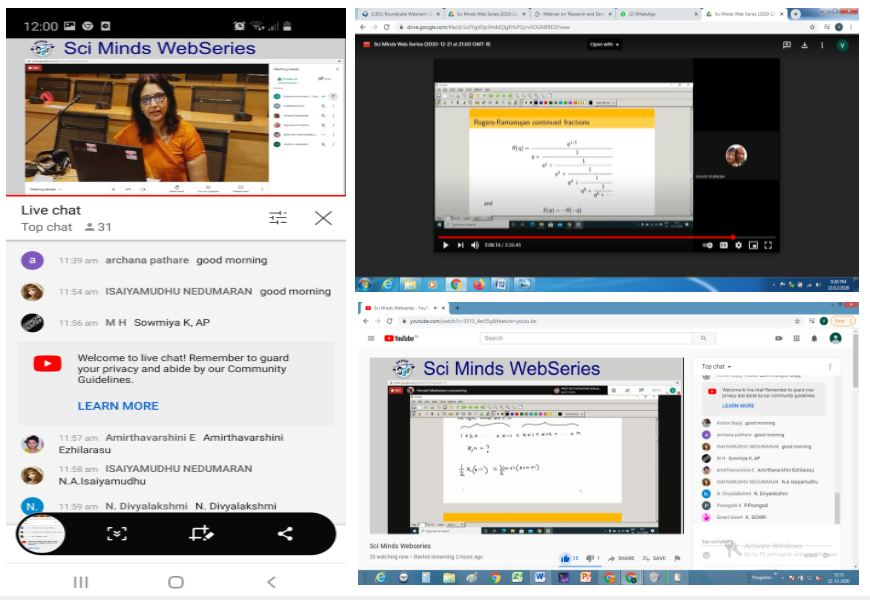 On the birth anniversary of the Indian mathematical genius Shrinivas Ramanujan, Dept of Science and Humanities of Don Bosco College of Engineering, Fatorda in association with R & D cell organized its first Sci-Minds web series on Mathematical Modeling and Number Theory on December 22, 2020 at 10am to 1pm using Google meet and live you tube link.

Prof. Vaishali Parakhi welcomed the participants and Dr. Kala Nayak shared her views on the webinar.

The speakers of the event were :

Dr Himadri Mukherjee spoke about continued fractions (Ramanujanâ€™s stairway to infinity) He discussed an interesting puzzle and its solution with the participants. He also shared some anecdotes of Shrinivas Ramanujan. 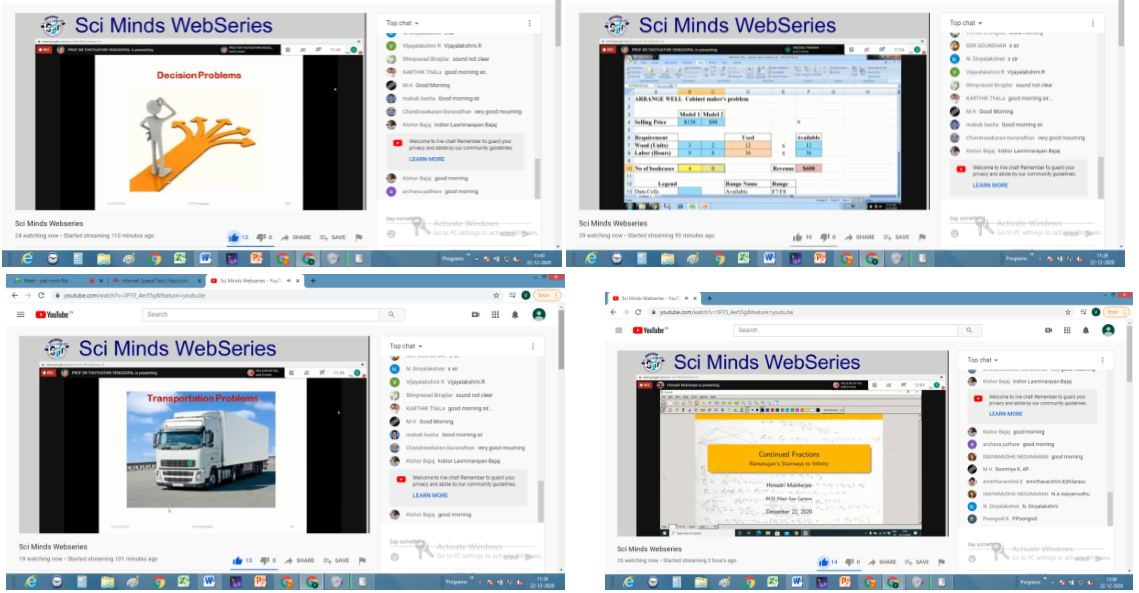